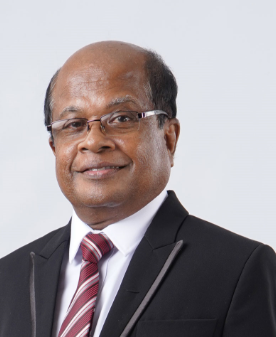 At the time of his early retirement from the bank, he was working as the Manager Quality Control and Operational Risks where he was mainly responsible for maintaining a stronger Control environment in the Bank and further acting as the Anti-Money Laundering monitoring officer responsible for reporting suspicious transactions to the Financial Intelligence Unit of the Central Bank of Sri Lanka.

Subsequent to his retirement from the Bank, he joined Ms. Ernst & Young Chartered Accountants, Colombo. At Ernst & Young, he was designated as the Investigation Manager, who was a key person involved in investigations and external /internal audits related to complex areas such as Treasury Operations, Trade Services, Retail and Corporate Banking Operations in leading licensed Commercial Banks of Sri Lanka such as People’s Bank, Bank of Ceylon, Commercial Bank of Ceylon PLC, Sampath Bank PLC, National Savings Bank, NDB Bank, Merchant Bank of Sri Lanka and People’s Merchant Bank.

Further, he was also responsible for carrying out Corporate Governance Compliance Audits for several years at a number of leading Licensed Commercial Banks and Registered Finance Companies as required by the CBSL directions. Mr. Gunawardena holds a Postgraduate Diploma in Bank Management and AIB Sri Lanka Part I offered by the Institute of Bankers of Sri Lanka